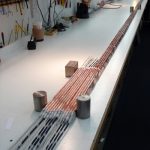 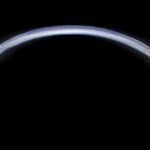 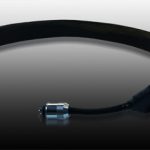 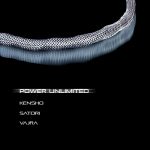 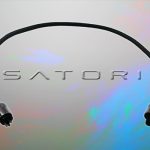 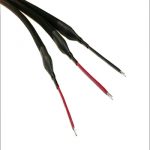 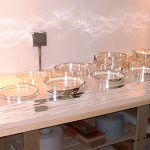 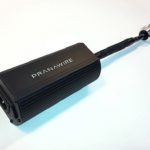 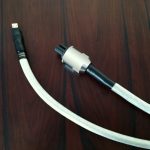 Every PranaWire product has been engineered to produce the highest degree of signal integrity with the lowest possible noise. Careful attention has been given to every aspect of the cable’s design and construction. Cable geometries were designed to maximize EMI and RFI rejection. Materials were selected that provide the greatest conduction, propagation velocity and stability. Shielding configurations and their terminations were invented to further reduce the influence of noise, and hundreds of hours were spent listening, improving and listening again.

An audio interconnection’s resistance to noise is typically much less than that of the circuitry it is serving. In most cases, the devices used to connect components together “attract” noise by their very nature. Addressing the issue of environmental noise is an essential part of accurate musical reproduction, and is why we have adopted extraordinary measures to eliminate its effects altogether.

PranaWire’s new Photon USB Cable uses pure silver signal conductors with extensive use of noise and vibration canceling materials and multiple layered insulation and shielding technology. Highest- grade connectors are used. By focusing on removing all of the harmful influences from computers and their environs, a new level of USB performance has been achieved.

It is our position that a cable either functions properly or it does not. While some adopt the philosophy that one should use cabling to somehow tune out the deficiencies of a system, balancing dark equipment with bright cable etc., we take different approach: Often a given system may sound musical and beautiful in its current incarnation. It is not until we replace the cables in that system that we realize what we have been missing.

PranaWire cables are offered direct to the end user and may be built to exact length and custom terminated to your requirements. Although our Nataraja series and Cosmos series cables are not inexpensive, their price is a fraction of what it would be if standard industry markups were applied.

The Cosmos Series is the reference series, employing maximum treatment of materials and highly robust construction. (The 99.99% pure silver ribbon employed in the Cosmos interconnect is twice as large as that in the Nataraja Series. The speaker cable ribbon is four times as large.)

It is common currency among audiophiles that no connector is superior to any connector. In the Cosmos Series speaker cables the conductor also serves as the connector. Spade lugs are employed as a support, allowing the ribbon to be extended from end to end. Featuring Bocchino B7 or Oyaide Focus connectors (interconnect cables), the Cosmos Series should be considered as a major component in any high resolution system.

When stripped of all noise, all electronic haze, sound reveals its true nature.

Inserting a single Nataraja Series cable into your system will uncover new and deep levels of information in a highly musical fashion. Adding more will result in an entirely new appreciation of the music you listen to.

The Nataraja series interconnect cables utilize four nines pure silver ribbons that are subjected to multiple chemical and metallurgical treatments and then wrapped with a total of twenty four layers of natural and proprietary space age insulating materials, including four copper foil shields with 51 drain wires on each shield. Construction is painstaking and requires long hours. The resulting interconnect cable is an oval 1 7/8″ X 1″ in cross section. Avoiding the use of synthetic materials wherever possible is intrinsic to our design philosophy.

The Nataraja Series Speaker Cables consist of two separate 1 1/2″ X 1/2″ cross section runs per side and are somewhat more flexible. (Four distinct cable assemblies comprise a pair.) Both speaker and interconnect cables employ reinforced flexible ends for longevity and ease of use. Pure solid silver spade lugs are employed to ensure the tightest fit and greatest transference of energy.

Taking advantage of technology developed for the Cosmos and Nataraja Series cables, the Deva Series provides a more economical entry into the world of PranaWire.

The Linebacker is a completely passive in-line power filter that works on several major fronts:

This is accomplished by means of:

The Linebacker will remove noise that you did not even know was there and render an extremely solid and palpably holographic sound stage. Bass is dramatically improved with new found focus.

Envision the peaks and valleys of a waveform as a landscape. Now picture the peaks obscured by haze and the valleys filled with low lying fog. The haze and fog represent subtle noise (noise beyond the range of hearing) that interferes with the perception of the very finest details – the finer waves riding the larger waves riding the larger waves etc. Before the insertion of properly functioning cables into a system, the listener may think he or she is seeing the entire vista, having only ever experienced it in this fogbound condition. When the sun emerges and the fog burns off for the very first time, the details that define the landscape are revealed. When we have such an experience in nature we are awestruck.

This type of transformation occurs even in systems of rarefied quality. On the other hand, mid-level systems can exhibit higher levels of performance than was thought possible. This experience, repeated over and over again has led us to the following conclusions:

This last point may be considered heretical thinking, but our experience bears this out. This is in no way to belittle the importance of choosing a high quality source and preamplifier. Indeed the higher the quality up front, the greater the potential of the system, but without super high quality cables, including power cables, much of the greatness of your source, preamplifier or amplifier will be lost before it ever reaches the speakers. One may also find that deficiencies formerly attributed to equipment have been addressed and ameliorated by replacing the cables currently in use.

The Prana Wire does give you more. More inner resolution, more separation of instruments, more dynamics, more bass definition and more air. It does so at a price, but to my ears, it is worth the investment in my enjoyment of music. Well done Prana Wire, I have a new reference.